Cracked But Never Broken—Book 1 in the Laughing P Trilogy

Caught between expectations and reality, things aren’t always what they seem.

Damien Payne’s tour of duty is over, and he wants nothing more than to return to the Laughing P ranch and step into his grandfather’s shoes. What he wasn’t expecting was how easily his family moved on without him, hiring his high school sweetheart, Lexi, to run the ranch.

Lexi isn’t as sweet and innocent as she was when Damien enlisted fresh out of high school. Handling rustlers, running livestock, and fending off a stalker, Lexi has no time for sweet words and empty promises.

With secrets of his own, Damien must decide what’s more important—winning Lexi’s love or fighting to reclaim his family’s ranch?

Available to read free from any of these retailers: books2read.com/LPCracked

Behind the Lens—Book 2 in the Laughing P Trilogy

A single moment. A lifetime of waiting.

Lexi deserves a break, and after the year she’s had, she wants nothing more than to get away. She’s been stalked, held hostage, tortured, had a shootout that would rival the OK Corral, and to top it off, she turned over the reins of the Laughing P.

Needing space, she saddles up for her annual hunting trip, but nothing seems to be going as planned. An all too familiar man with eyes the color of topaz, a smile as charming as his wit, and a body more sinful than chocolate invites himself along.

Trapped in the high country with a man who branded her soul before, will she take a chance on their future while knowing their past?

Available on Amazon and in Kindle Unlimited: mybook.to/LPBehind

Never too Late—Book 3 in the Laughing P Trilogy

Darien Payne’s been in love with the girl-next-door since he first saw her sitting on the swing hanging from the oak’s branches. Determined to win her heart ’til death do they part, he sets a plan in motion that could make it or break it for their friendship and his family’s legacy.

But a death hangs over the happiest day of his life, his brother is missing, and some unsettling news about a certain blonde has him worried that the two are intertwined.

Can he carry the weight of what it means to finally fill Granddaddy’s shoes and become the patriarch of the Payne family?

Available on Amazon and in Kindle Unlimited: mybook.to/LPNever

Coming home should have been easy for Marine Damien Payne, but between rustlers, a stalker, and his personal demons, love is hard pressed to find a footing on the Laughing P ranch.

Lexi’s found freedom from a loveless relationship. Trapped in a hunting cabin with her first love, can she find the courage to follow her heart or will she sacrifice her happiness?

Darien Payne has regretted the moment he screwed up for over a decade. Forged under sweat and sawdust, he sets a plan in motion for his happily-ever-after. Burdened with the brevity of life, he must step up on the Laughing P to keep his family together in their darkest moments for the glimmer of light that always shines.

Join the Laughing P crew from the bottoms of despair to their happily-ever-afters and beyond in this collection featuring all three novels and a handful of short stories.

Available on Amazon and in Kindle Unlimited: mybook.to/LPCollection1 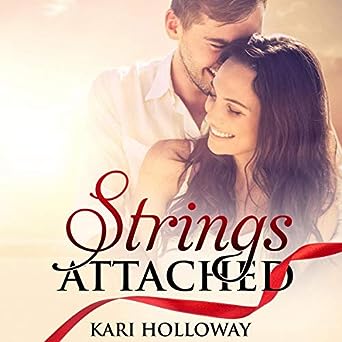 Looking for a sweet and clean romance to listen to? Click here to learn more.